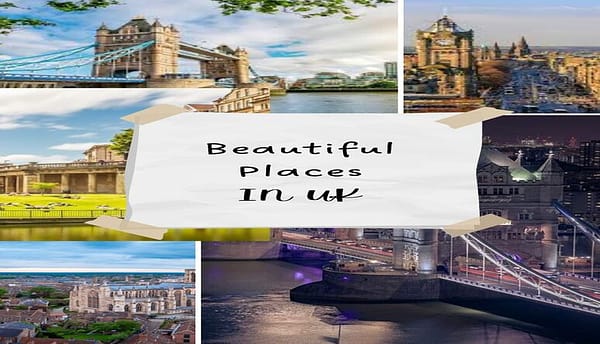 The UK is called the United Kingdom because of the unity of Ireland and Great Britain. It is situated in Europe. The UK is a state of four countries ( England, Wales, Scotland, and Ireland).

The beauty of the United Kingdom

The United Kingdom is a pretty state comprising four countries. It has long coastlines, beautiful architects, farms and fields, botanical gardens and palaces. Palaces are the best example of architecture in Great Britain. There are 18 palaces in the UK. Some of them are:

The construction of Windsor Castle is astonishing. For hundreds of years, its castle served as the royal residence of Great Britain. The owner of that castle is the throne holder. In Windsor Castle, many people of the British monarch are buried. These are 24 family members of Great Britain’s sovereign.

Beautiful places in the UK

There are many beautiful places in the UK because the UK is a pretty state. Some of them are:

The durdle door is a delicate and perfect architecture of nature. It’s nature’s created hole of limestone in the Jurassic Coast. The coast looks more prettier because of it.

Fingals cave is known for its basalt towers. It is situated on Stafa Island. It is natures creation. Vocanic lava cools down and make basalts. In fingal cave, there are hexagonal basalts. Water flows in the mid of cave. It makes amazing melody when water waves touches the basalts.

Micheldever forest is one of the photogenic woods. That forest has different species of plants and trees, but in spring, it is covered by Bluebells. Bluebells are bell-type flowers in blue colour. These flowers enhance the charm of this forest.

Gold hill is a charming beauty of Shaftesbury. Limestone cottages surround the steeper street. If you get a chance to go to the top of Gold Hill, it is the most beautiful street in the UK. At the top, there is an ancient Roman Museum. This museum is of ancient Romans and the things they made in that era.

Lavender farms are eye-catching. Lavender flowers smell so good and pleasant. There are lavender farms everywhere you look. About 100 acres of lavender fields are there in Norfolk, and also good restaurants and flower shops nearby.

The Royal Pavilion is beauty itself. When King George was the Prince of Wales, it served as his official residence. Gardens with such beauty of flowers surround Brighton Pavilion. It was made as a delightful seaside palace. The structure is like Indian Domes. Now the Royal Pavilion is used as a museum and art gallery.

Fairy Pool is situated in the forest of Scotland. There are many waterfalls that look like bluish-green water in the Glen Brittle forest. These pools are eye captivating. It is called a fairy Pool because of its transparent and emerald water. The view is just like a pool with magic in it.

The most picturesque location in the UK is

Cornwall is an old county. Cornwall is situated in England, surrounded by water on three sides and one by land (peninsula). It has hundreds of sandy beaches and has the longest coastline in Britain.

Minack Theatre is in the open air and at the cliff near the land’s end. Granite rocks make up the ridge. It is a superb illustration of historic construction.

Kynance Cove is situated in Cornwall along the coastline. By its name, it is a small valley sheltered by a mountain. It is the beauty of the Sea. A fantastic sight when the waves come from both sides. That cove is famed for its rock (Serpentine Rock) used for ornament carving.

Countries of the UK and their capitals

There are four countries (England, Wales, Scotland, and Ireland), and all of them are masterpieces of architecture and the beauty of nature. The natural beauty of the UK is its flag (Union Jack) which is made up of flags of countries in the United Kingdom.

England is the United Kingdom’s country and the place for the British monarch. It joins the border with Wales and Scotland. And the Sea lies between England and Ireland. The largest city in the United Kingdom and the capital of England is London. Buckingham Palace is also placed in London, and all the administrative headquarters. The Parliament is also positioned in the middle of London. Along the River Thames, there is the London eye.

That tunnel is made up of LED lights and has wall art. The two ends are King’s cross and Pancras street. One of the longest tunnels in all of Europe, it. It was designed with pedestrians in mind.

In London, England, there is a wholesale and retail market called Borough Market. That market is well-known because of its fresh organic food. That market is the oldest and largest. If you are a foodie, it will be a pleasure to go there.

Hogwart House is the World of wizards. Diagon Alley is the point of enjoyment. If you are a fan of Harry Potter, you will enjoy it a lot, but if not, you can still be fascinated by the rides and shopping malls and dining.Hogwarts Castle is a castle having seven storeys. That castle is magical and wizardious.

London’s attractions include the University of London, which is located in London, England. It is among the largest, most prestigious, most varied universities in the UK. That is a federal university. UOL have 17 governing colleges and ten specialist research institutions.

The Queen’s house is one of the most precious monuments in London. This masterpiece is created by Inigo Jones. Today, the museum is the one with the art collection.

That bridge is the crossing of the River Thames for walkers. Millennium Bridge links the bank side with the city of London.

Sky Garden is the three storeys of public landscapes. Additionally, it includes an outside deck and a 20-street expanded glass dome. Sky Garden is a botanical garden for research purposes.

Most beautiful places in London

The Millennium wheel is captivating. It is located along the Thames River’s coast. It is the world’s highest wheel. London Eye gives the sight of London up to 25 km.It is renowned for both its height and tourism. The London Eye is a beautiful piece of architecture.

Big Ben is the iconic tower of Great Britain. Big Ben is a taller, four-faced clock made in 1859. Big Ben has five bells which are huge in mass. The Great Bell is the name of one of them.

Here are the beautiful places of UK. You have to go and visit these beautiful sights. These places delight you. Every one should atleast single time in their lives enjoy the magnifience of a landscape. These scenes will make your memories forever. And if you get a chance to take a trip to london then have a ride in london’s eye. 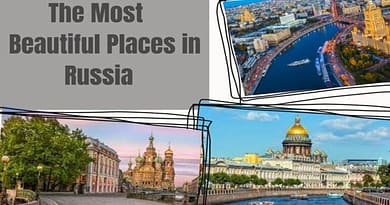 Top 10 Mountains in the World