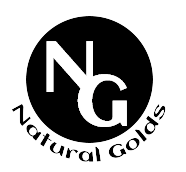 Mohenjo-Daro inscribed on the UNESCO World Heritage List. It is located 20 km south of Larkana and 80 km southwest of Sukkur in Pakistan’s Sindh province. This valley was the center of the ancient civilization of Sindh. The second ancient center of civilization in the Indus Valley is Harappa, 686 km from Punjab province. The city of it has founded in 2600 BC. Experts estimate that the city of It has destroyed in 1700 BC due to changes in the course of the Indus, foreign invaders, or natural disasters.

Ram Bahadur Diya Ram Sahni first saw traces of ancient civilization at Harappa in 1921. A year later, in 1922, the Archaeological Survey of India was informed when similar archeological sites were found by Rakhal Das Banerjee in the land of Mohenjo-Daro. Then, due to the interest of Sir John Marshall, Director General of the Archaeological Department, the excavation work of it started under the supervision of Rai Bahadur Diya Ram Sahni, Director Ernest McKay, and other members of the Archaeological Department. It is an outstanding achievement to unveil the Mohenjo-Daro civilization of the Indus Valley. These ruins of Mohenjo-Daro are located within the limits of Larkana, nine miles from Doki.

The Mohenjo-Daro fort inside the city has a unique and distinguished status. The streets around the fort had spread out in the form of nets.  This hill fort of Mohenjo-Daro is twenty feet above ground level in the south and forty feet high in the north.

Gypsum was placing under the bathroom floor to make the bottom waterproof, and bricks have laid next to it. And between these bricks was put mud. According to archaeologists, the bathrooms were occupied by religious people. And people were not allowed to come near these bathrooms. Grain House: Another building was found west of the Great Baths in Mohenjo-Daro, five feet above the ground floor. And underneath it was paved paths for the air to pass between them. This grain house belongs to ancient times.

Ashman Ghar is a massive building to the northeast. The courtyard is 33 square feet. Another sizeable residential building was found in Mohenjo-Daro, 250 feet east-west. Of course, it would be a palace. Inside this palace are two large courtyards. There were also wells in two different rooms inside the castle. There was an oven in one of the rooms. Another building was also seen inside the city for the accommodation of travelers. The shape of this building is similar to the letter L. Another building was found in the ancient city of Mohenjo-Daro. Which is believed to have been a temple. Another fantastic and interesting building was seen. Sixteen small rooms are facing each other. And behind each room is another inner room.

The city is located on rectangular blocks of the same size. And these blocks were 1200 feet north-south and 800 feet east-west. Signs of complete safety were also found in a house inside Mohenjo-Daro. Holes were made in the wall to remove dirty water from the homes. And this filth was taken out of the city with the help of underground drains. Read More About Historical and beautiful places in the world.

The state of Mohenjo-Daro was callous to slaves. She used to work with slaves at the government level. Most of these works This included grinding wheat flour, reaping barley, caring for forests, and cutting wood to other parts of the country. Brick kilns did not exist inside the city. Instead, it seems that the brick kilns were far away from the city.

Wheat and barley, as well as sesame and peas, were grown in Mohenjo-Daro. And traces of cotton cultivation have also been found here. Because a piece of cloth made of the cotton thread was found in this city. And these colors can still be seen on Sindhi Ajrak. At that time, cotton was an essential commodity in trade.

It traded in agricultural products as well as livestock. Because their evidence also found in the large number of bones found in Harappa.

The river and boats were used to travel inside here. In addition, oxen and horses were used in the plains. Camels used extensively in mountainous areas.

Goddess Mother was the basis of all religions in the Indus Valley. In it, the mother goddess, the sacred tree, the tree, the lingam deity were worshiped. And no traces of any kind were found here.

In January 2014, PPP Chairman Bilawal Bhutto Zardari chose it for the opening ceremony of the Sindh Festival. This created the danger of the destruction of the ancient civilization. On January 31, 2014, a case had filed in the Sindh High Court by the general public. That the court should stop the Sindh government from holding a festival at this place. And all kinds of celebrations should bann at this place.

Can we visit Mohenjo-Daro?

Yes, you can Visit Mohenjo-Daro . You can visit for one day trip because it is a Government Guesthouse

Is Mohenjo-Daro a real story?

Yes, Mohenjo-Daro is a real story. Now, if you want to see it .  You have to come to Larkana, Pakistan, to see it .

1 thought on “History Of Mohenjo-Daro”